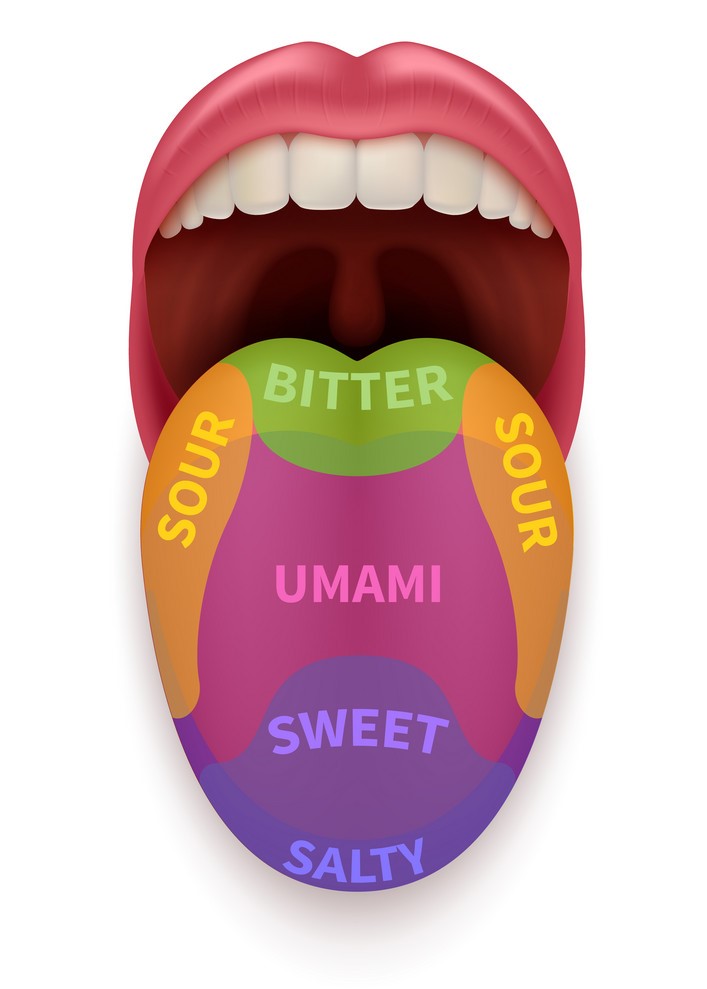 How You Are Able To Know That Your Food Taste Good

The sense of taste affords a person the ability to evaluate what he or she eats and drinks. This sense of evaluation helps to promote ingestion of nutritious substances and prevent consumption of potential poisons or toxins. That’s why people have taste preferences even animals do. What makes you identify whether the food you eat is sweet, salty, bitter, and tangy is your TASTE BUDS.

The average person has about 10,000 taste buds and they’re replaced every 2 weeks. But as a person ages, some of those taste cells don’t get replaced. An older person may only have 5,000 working taste buds. That’s why certain foods may taste stronger to you than they do to adults. Smoking also can reduce the number of taste buds a person has.

But before you give taste buds all the credit for your favorite flavors, it’s important to thank your nose. Olfactory receptors inside the uppermost part of the nose contain special cells that help you smell. They send messages to the brain.

Here’s how it works: While you’re chewing, the food releases chemicals that immediately travel up into your nose. These chemicals trigger the olfactory receptors inside the nose. They work together with your taste buds to create the true flavor of that yummy slice of pizza or chicken by telling the brain all about it.

Taste receptor is a type of receptor which facilitate the sensation of taste. When food or other substances enter the mouth, molecules interact with saliva are bound to taste receptor in the oral cavity. There are five elements of taste perception commonly known are salty, sour, bitter, sweet and umami.

Papillae are the small nipple-like structures on the upper surface of the tongue that gives it its characteristics rough texture in other words they are taste buds on the tongue sit on raised protrusions of the tongue surface.

Supertasters as the name suggests have a heightened sense of gustation, being able to experience greater intensity than an average taster. If you happen to be a supertaster you can enjoy sweets in an escalated form of their creamy glory but you must also be prepared to face the enhanced bitter wrath of dark chocolate. Call it a boon or a bane; supertasters must learn to take the rough with the smooth. Non tasters on the other hand always strive for more intensity since it takes more to get the flavour out of food. Supertasters are more likely to avoid certain foods like green vegetables, sweets, caffeinated substances, carbonated drinks, fatty foods and certain alcoholic beverages. They also avoid smoking cigarettes. However, supertasters still like salt because it plays a key role in not only saltiness but helps cancel out bitterness in certain items like cheese. This is like a welcome repressor to the super tasting tongue.

Non tasters have a dulled sense of taste, unable to experience intensity of any sort. Non tasters require more spice, more fat and more sugar. Since average flavour is not enough for non-tasters, they have a predisposition to eat extremely sugar loaded sweets and high fatty foods thus rocketing their risk for heart disease. They also have a tendency to put on weight leading to obesity.

My mom is a super taster with high sugary foods, she mostly have an intense taste when it comes to sugar. I on the other hand am a non-taster with alcoholic drinks, all alcohol drinks turn to be bitter for me so I decided not to take in an alcoholic drink.